My son, Rabbi Samuel M. Cohon, is this week’s guest writer for my Torah Blog: 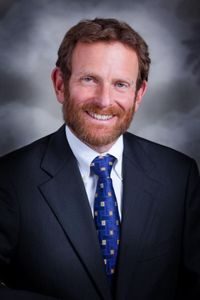 This week’s Torah portion of Vayigash begins with the climax of the great Joseph story that fills the last sections of the book of Genesis. Joseph is the powerful ruler of Egypt, richest country in the ancient world. His miraculous ascent from slavery and prison to the heights of political power is the stuff dreams are made of, and he is the master of all he surveys, subservient only to a Pharaoh who trusts him completely. He is handsome, rich, hugely powerful, with a wife and two fine sons, completely assimilated into Egypt’s elegant culture, and still comparatively young. The world sits at his manicured feet.

But wait, there’s more! For into this idyllic scene blunder Joseph’s early tormentors, the very half-brothers who taunted him and beat him up. These are the conniving thugs who stripped him and tossed him into a pit in the earth and sat down to eat lunch, debating, in his hearing, whether to kill him or just abandon him to thirst and starvation–and then sold him into slavery in a foreign land instead.

Now, twenty years later or so he has had the opportunity to return the favor, to exact at least a psychological vengeance on these half-brothers. After a sequence of twists and turns Joseph has manipulated them into a state of confusion and terror, unmanned these arrogant unruly rural ruffians into fearful submission. He has had his dish of revenge served cold, and seems to have enjoyed it.

And then something changes in Joseph. Perhaps he simply tires of psychologically torturing his half-brothers. Perhaps it is that he has finally seen his full brother Benjamin again, the only living reminder of his dead mother Rachel. Perhaps it is that the fullest measure of revenge is magnaminity. Perhaps it is simply that Joseph’s exceptional ability to act pragmatically exerts itself and he must end the cat-and-mouse game one way or another. Or perhaps it is the stirring confessional speech that his powerful half-brother Judah delivers that brings Joseph to a new place.

But near the beginning of Vayigash, in the dramatic high point of the story, Joseph chooses to reunite with his family. He sends out his advisors, counselors, and courtiers. He cries out in a voice loud enough to be heard by all. He tells the brothers that he is Joseph. Weeping now, he embraces his brother Benjamin, asking, “Is my father still alive?”

One can imagine the shock of that moment even now, 3600 years after the events. The brothers may have had an inkling that he was indeed Joseph; it’s implied in the text of the story. But the full revelation must have been stunning nonetheless. Their worst fears are realized: they have been, and are now, completely in the power of a despised half-brother they comprehensively wronged. What now?

Joseph moves immediately to reassure them and to relieve their fears, while he gently reminds them that he is the authority now. Everyone will move down to Egypt and live in land he provides for them. Jacob comes down to Egypt, too. The family is reassembled, but in a very different configuration, for the unquestioned new patriarch is Joseph, and the great story will continue in a new land and a new direction.

There is something about this story that compels us to examine our assumptions about just how things work in our world. Unpredictable things occur. What we expect is often not what occurs. Fate may play a role.

And in the best of circumstances, and with God’s help, our own actions, like Joseph’s, may begin with base motivation and yet rise to a level of magnanimity and grace.